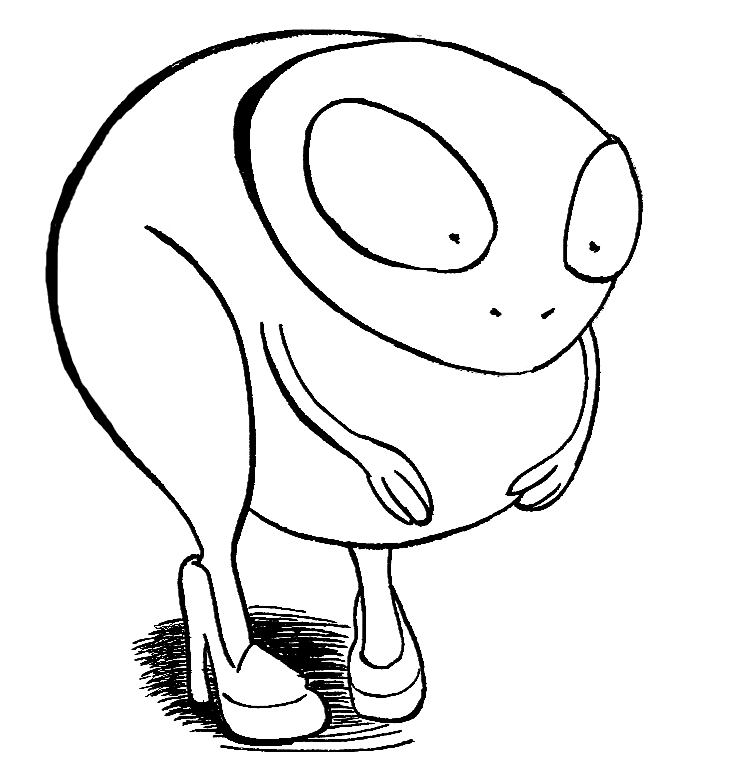 The wisest and shyest cat of Marta and Ruggero. Accurate sniffer, careful observer, sensitive to every being. 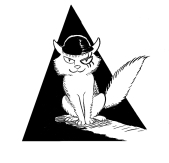 The spitfire and social cat of Marta and Ruggero. She is an hell of a hunter, and turns aggressive very easily.

Main character of the Childrens’ book “Cara Carota“, she is an extra-terrestrian Carrot from the “Carrot Land” who has lost the way back home and is now hosted by a human Child. Dear Carrot has a super sweet attitude, is honest, kind, and above all very very wise. 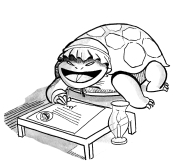 Folàn turtles are many and everywhere. Thanks to a tight net of intelligence, they work outstandingly as investigators and spyes. They are often hired to watch that the Handsome Ruggero doesn’t come in contact with ill-intencioned females..

Guardian of this Website, Krubiat is a young Sioux girl with such a proud character that nobody is able to make her change idea.

The Lavagia belongs to the peaceful Lavagia people, mainly composed of females, and caracterized by extremely puffy cheecks full of air. Shy and emotional, the Lavvagia may become surprisingly aggressive, if she feels threatened. The enemy of the Lavagia is the Malvagia, a sort of witch who spend all the day trying to damage as many Lavagia possible.

Apparently a small nice ant, LittReant has a stubborn and idealistic character that makes her stand up against the injustices of society and often leads her into battles against the GOVERNMENT or ordinary citizens. To demonstrate her indignation or disappointment, LittReant often decides to leave the city where she lives, not before writing a large number of letters to explain her reasons. 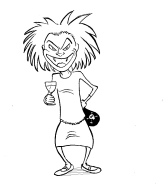 A sort of witch, the reason for living of the Malvagia appears to be harassing the Lavagia, especially by preparing and proposing o her potions able to provoke damages.

Author and character of the comics.

He is a young boy, ironic and smart. Attentive and surprised by everyday’s weirdness…

The Best Friend of DearCarrot, Ranocchiona is an enormous frog who doesn’t talk very much and take a lot of space!

Is the husband of Marta, a real handsome man…

Similar situation as Dear Carrot. Yatti is an extraterrestrian small guy whose ship broke down and landed on planet earth. Unwisely hidden in a Toy’s shop, Yatti was chosen by a small girl who now keeps him in her home and behaves a bit sticky with him.

Apparently a tender toy bear, is in reality the incarnation of an ancient spirit. His present job is to serve as a butler. He makes people fall asleep quickly and gives them the courage to get up, but this activity seems only an excuse to rest after thousand years of endeavours. Friend of Sumeric spirits, he likes luxury places and wealth.

Marta’s dad, often cheating about how much he eats

Zick is the best friend of Marta. He is a real Spitfire

She is just a big glass bulb with a quiet character

She is a silent pulley, but sometimes very useful 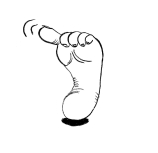 It is a big, caring foot, always useful, especially to indicate something

iThere are no comments

This site uses Akismet to reduce spam. Learn how your comment data is processed.

Begin typing your search above and press return to search. Press Esc to cancel.